Santa Clara succumbed to a 4-0 home defeat at the hands of Sporting Braga in Liga Portugal. The visitors stamped their authority on the game from the start, with Ricardo Horta scoring the opener after 15 minutes, followed by the second goal from Iuri Medeiros a minute later. Ricardo Horta then set up his brother Andre Horta for the third goal after the break before adding a fourth goal himself in the 80th minute and completing his brace. This is Santa Clara’s second consecutive defeat in Liga Portugal since returning from the international break, as they sit 15th in the table. Meanwhile, the win takes Braga to the second spot, a point ahead of third-placed Porto, and strengthens their chances of UEFA Champions League qualification.

How many passes were attempted to the final third by Braga? Which Santa Clara player made the most recoveries? 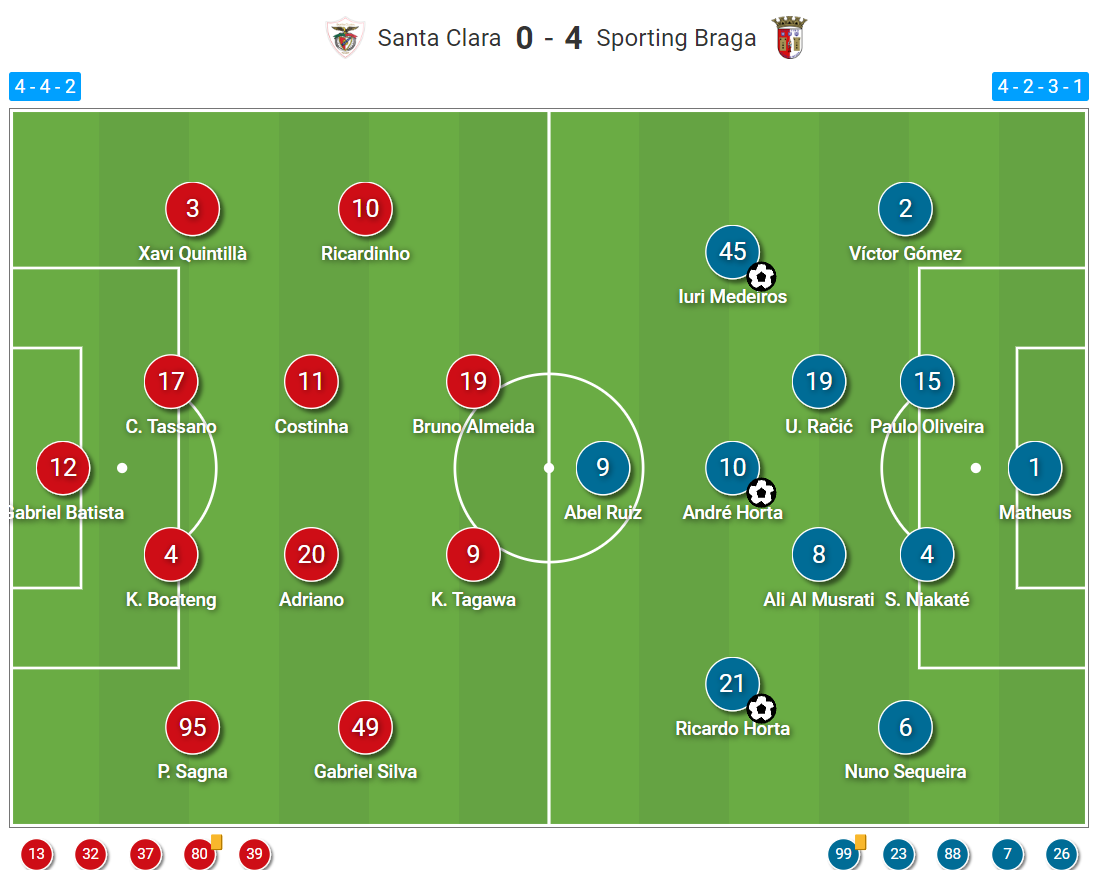