Porto returned to winning duty in Liga Portugal with a 4-1 defeat of Famalicao at the Estadio do Dragao on Sunday. Wenderson Galeno opened the scoring for the hosts in the tenth minute and added a second goal after another ten minutes. Otavio added a third goal near the break, with Mehdi Taremi scoring Porto’s fourth and final goal of the night shortly after half-time. Meanwhile, Famalicao managed to pull back a consolation goal through Rui Fonte in the 52nd minute. The win takes third-paced Porto within five points of the league leaders as 13th-placed Famalicao’s two-game winning streak ends.

What was the possession rate for FC Porto? Which Famalicao player made the most recoveries? 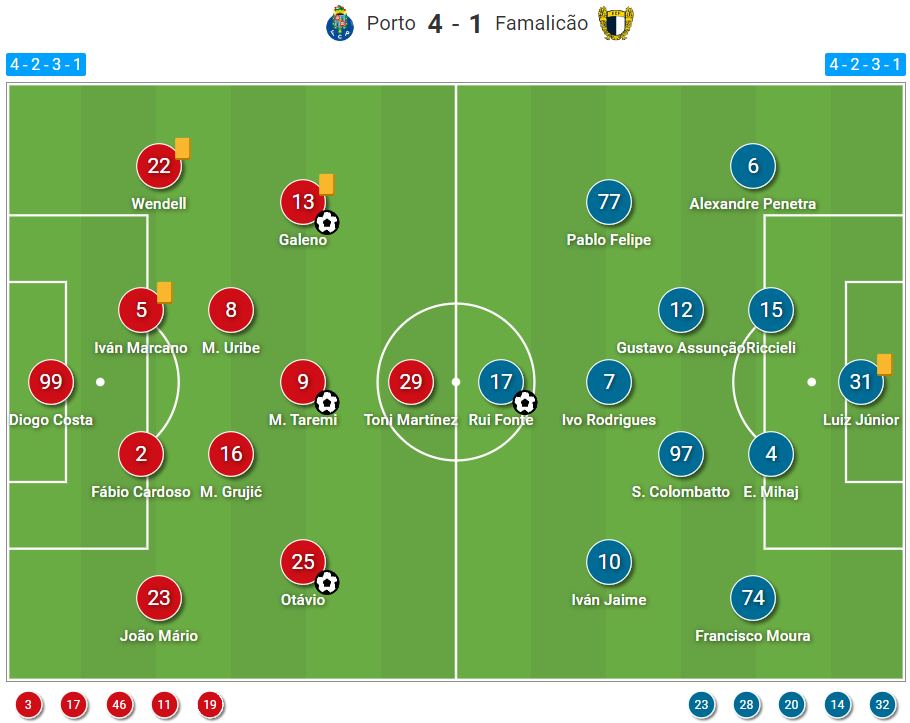