Porto extended their winning streak to three matches in Liga Portugal after a dominating 5-1 win over Arouca. The home team stamped their authority on the game right after kick-off and were on the offensive from the start. Otávio opened the scoring within the first minute, and Mehdi Taremi added two more goals in the first half. The Iranian then completed his hat trick in the 50th minute before Jerome Okopu scored an own goal to make it five for Porto. Arouca managed to pull back a consolation goal through a lovely effort by Bruno Marques in the 75th minute. The win takes Porto within five points of the league leaders as mid-table Arouca’s goal difference took a hammering.

What was the possession rate for FC Porto? Which Arouca player made the most recoveries? 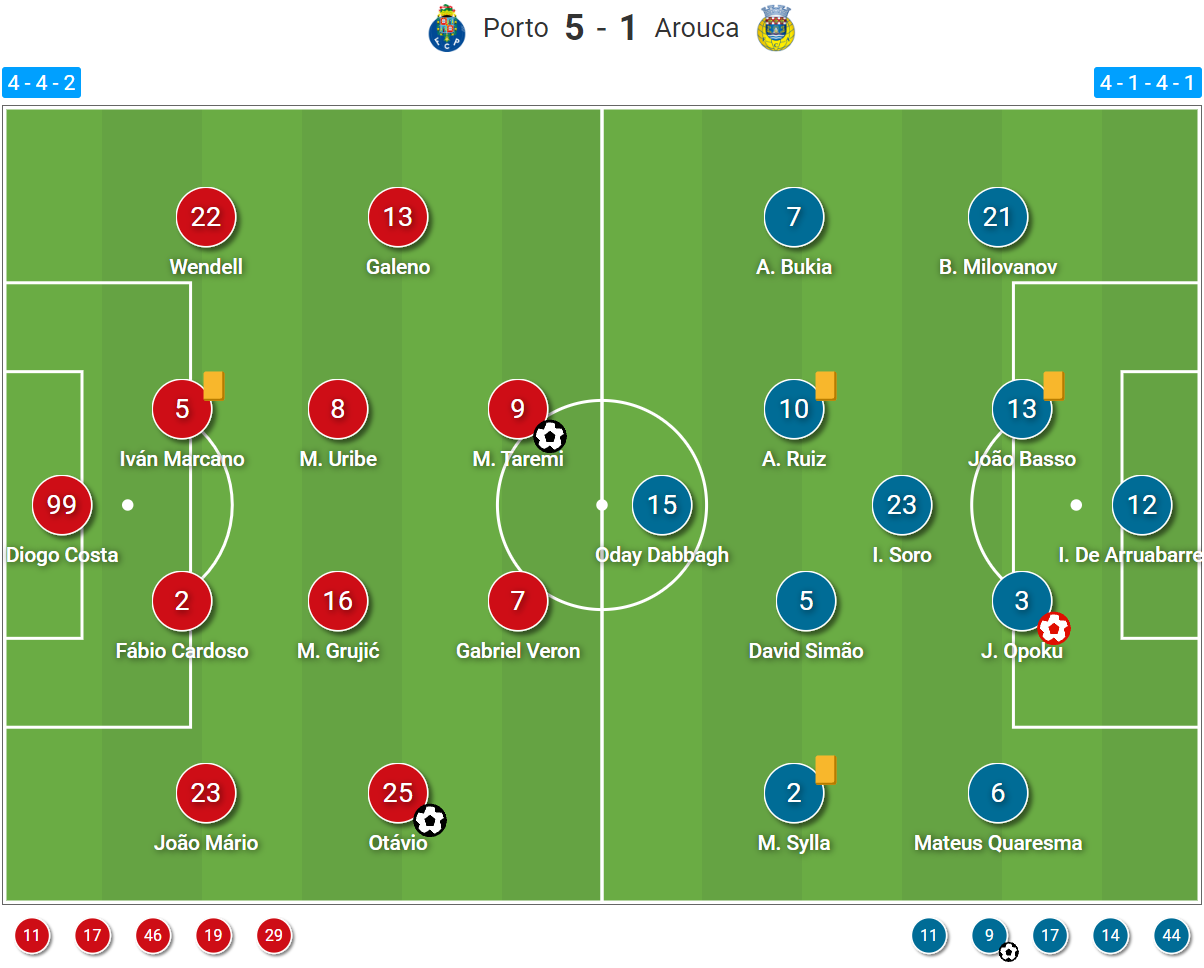