Liga Portugal newcomers Casa Pia held giants FC Porto to a goalless draw at home on Saturday night. Filipe Martins’ men are having a brilliant season in the top flight, and the commendable result against the Dragons adds another feather to their cap. Casa Pia went one man down in the closing stages of the first half when Lucas Soares received his second booking of the night for a late tackle on Wenderson Galeno, and yet managed to keep Porto’s attackers at bay. The draw means Casa Pia remains fifth in Liga Portugal, six points behind Porto, who slip to the third spot after Braga’s handsome victory against Santa Clara.

Which Casa Pia player made the most recoveries? How many passes were attempted to the final third by Porto?

To navigate the stats gallery, simply click on the numbers to move through the pages 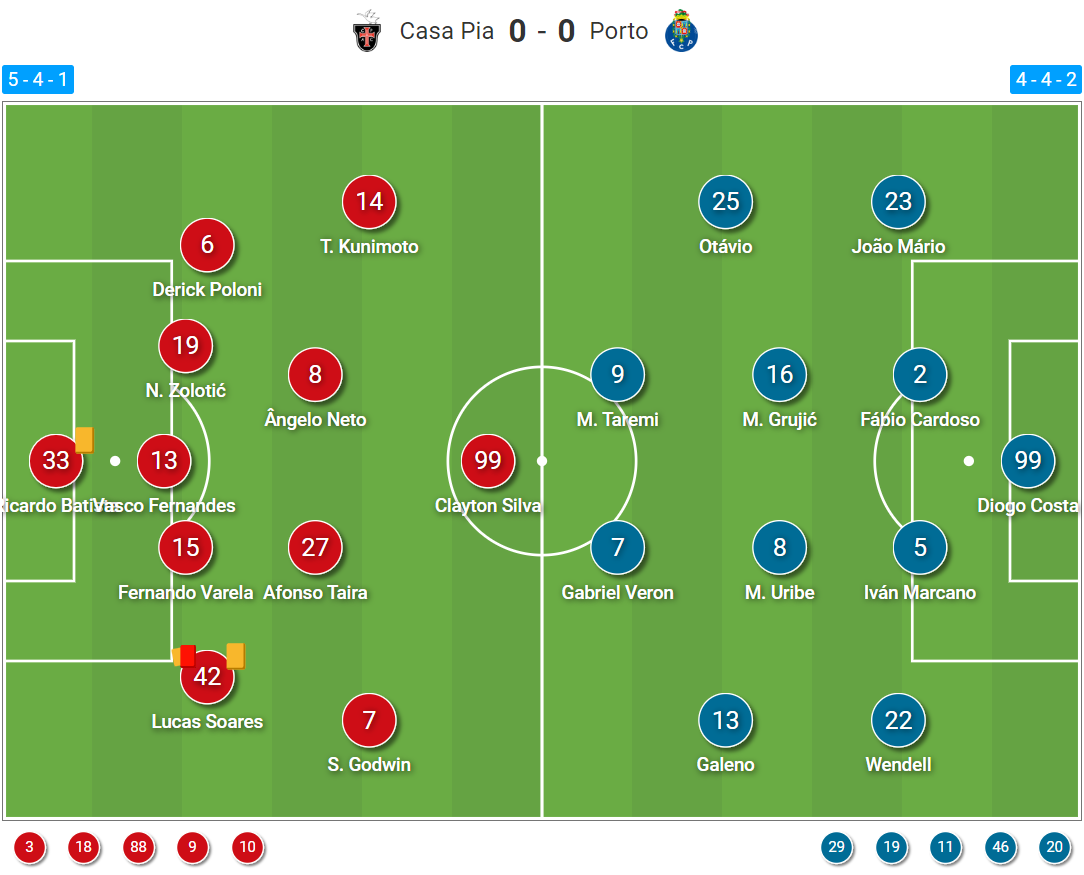