Sporting Braga extended their winning streak in Liga Portugal to four matches after a narrow 1-0 home victory against Boavista. Vitinha scored the only goal of the encounter right after the half-time break when he intercepted Bruno Onyemaechi’s poor back pass to slot the ball past Rafael Bracali. The win temporarily takes Artur Jorge’s team within three points of the top of the Liga Portugal table in the second spot. Meanwhile, the defeat leaves Boavista in the 12th spot with only one win from their last five matches.

How many passes to the final third did Braga make? How much possession rate did Boavista have in the match? 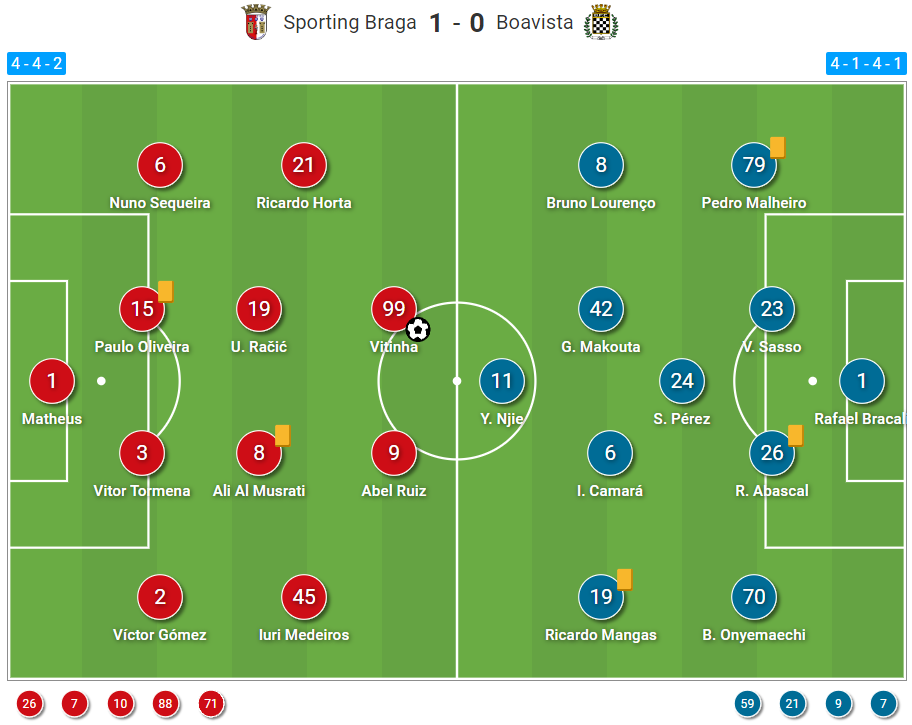