Braga returned to Liga Portugal action in spectacular fashion with a splendid 3-0 win over league leaders Benfica. Artur Jorge’s team took an offensive approach from the start and stamped their authority on the game. Abel Ruiz opened the scoring just after the first-minute mark before setting Ricardo Horta up for another in the 32nd minute. Horta then completed his brace in the 70th minute to secure all three points for his team. This is Benfica’s first defeat under Roger Schmidt and brings their wonderful unbeaten run to an end. Meanwhile, the win takes Braga within six points of the leaders in the third spot.

What was the possession rate for Braga? Which Benfica player made the most recoveries? 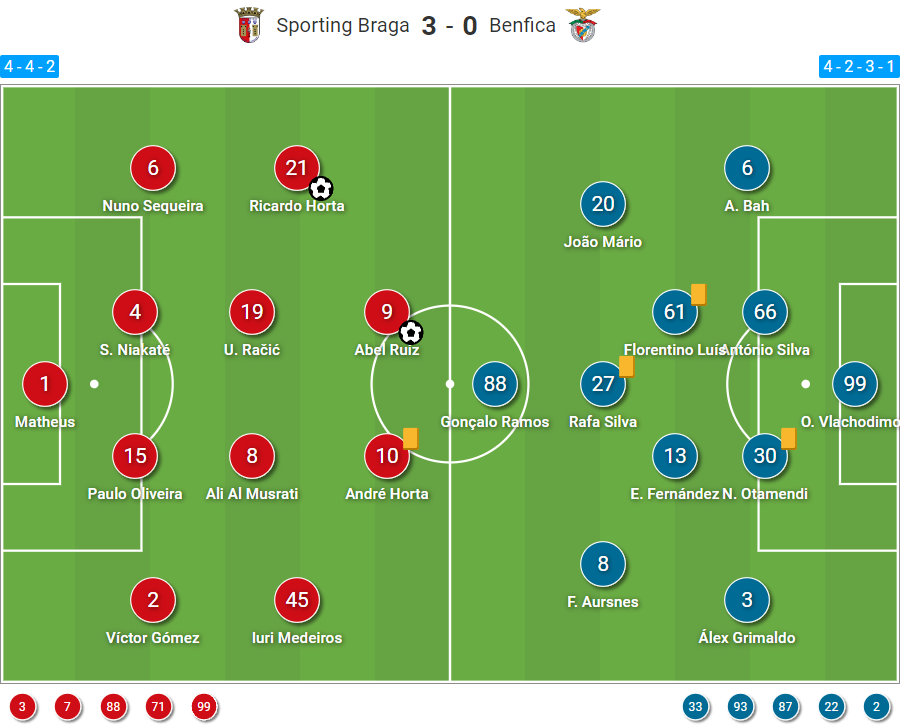