Benfica and Sporting CP played out a 2-2 draw at the Estadio da Luz on Sunday. This was the first Lisbon derby of the Liga Portugal 2022/23 season, and the arch-rivals ended up sharing the spoils. Sporting opened the scoring in the 27th minute via an own goal by Alexander Bah before Goncalo Ramos pulled a goal back for Benfica seven minutes later. Pedro Goncalves then restored the visitor’s lead in the 53rd minute from the penalty spot before Goncalo Ramos netted another equaliser for the hosts after the hour mark to complete his brace. The draw reduces Benfica’s lead at the top of Liga Portugal to four points, with Sporting now seven points away from a top-three spot in fourth place.

How many passes to the final third did Benfica make? How much possession rate did Sporting have in the match? 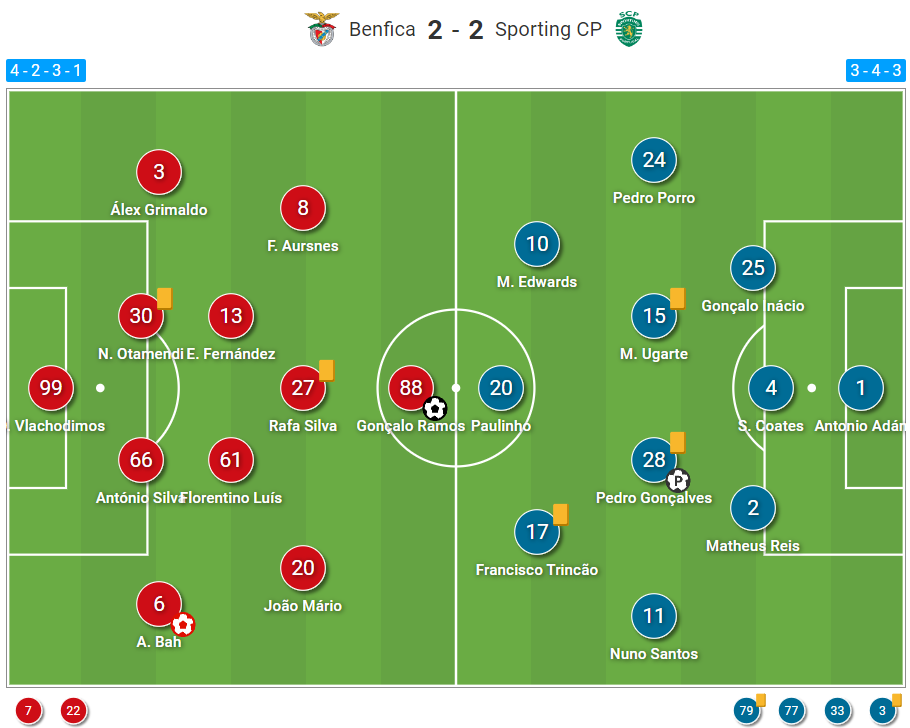