Benfica returned to winning ways in Liga Portugal with a narrow 1-0 home victory against Portimonense on Saturday. The league leaders met after the first defeat of their campaign against Braga last week and made sure they took all three points this week. Joao Mario slotted home a penalty in the ninth minute after Kosuke Nakamura fouled Goncalo Ramos in the box to wind up this low-scoring encounter. Meanwhile, the Japanese keeper saved a second penalty from Fredrik Auresnes ten minutes later before the VAR overturned a third penalty for the Eagles near the first-half break. The win restored Roger Schmidt’s team’s six-point lead at the top of the standings ahead of second-placed Braga. Meanwhile, the defeat means Portimonense remains in ninth place after three consecutive losses.

What was the expected goal (xG) rate for Benfica? Which Portimonense player made the most recoveries? 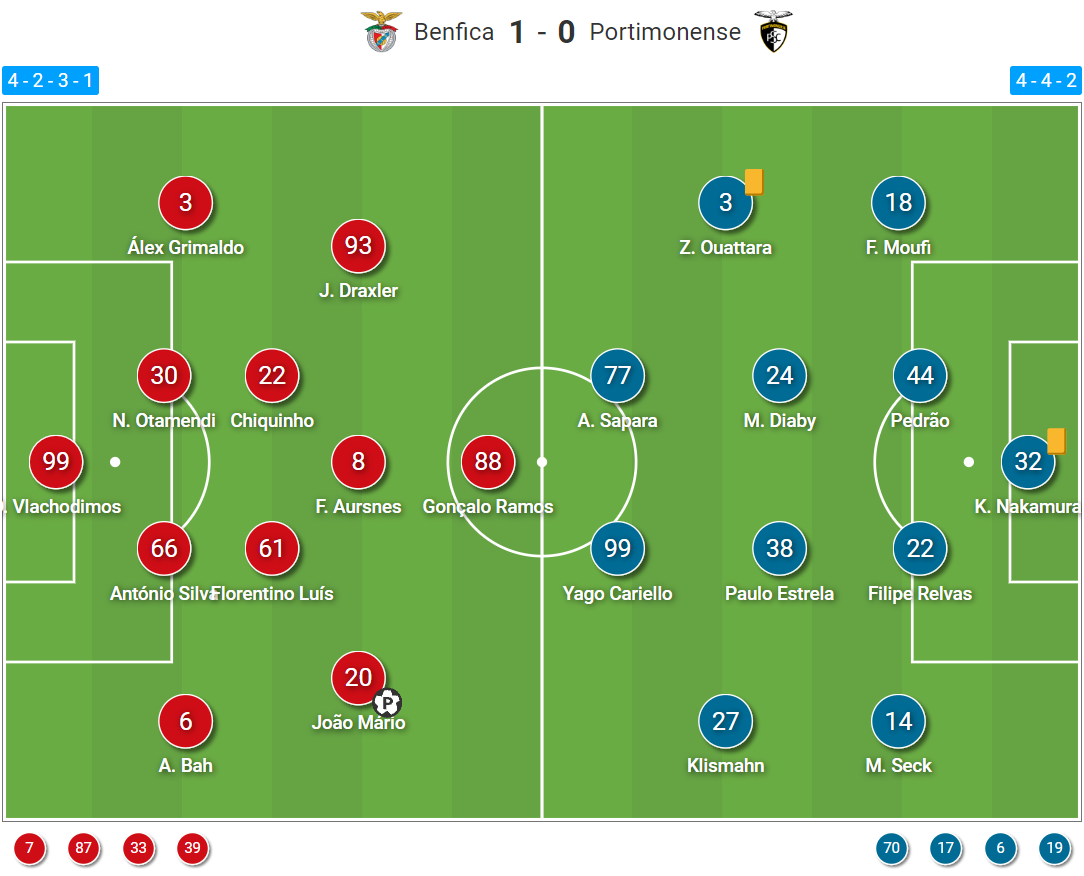